Our wonderful customers are the reason we’re in business. Here are some of the great things they’ve said about us.

We’ll do everything we can to make sure you’re a satisfied customer, too!

The first time we hired Bob was in 2005.  He completed an electrical project for an entertainment center that did not have electricity.  He added recessed lighting and switches, also updating our electrical panel to handle the change.

Several years later, in 2008, we called him and he installed several ceiling fans and custom wall shelving.  Months later he returned, at our request, and installed canned lighting.

Recently, Bob once again, came to our recently purchased home and wired electricity to two rooms and installed ceiling fans, as well as installing one in a vaulted ceiling.  He will be out for more projects…we promise!

Our friends have used him and have only great things to say. Bob is top-notch, and knows what he is doing.  If you want someone to take shortcuts, don’t call Bob.  He’ll only do it right the first time. – L.A., Glendale, Arizona

I had a need for outdoor lights that incorporated a certain casual, but elegant style.  Bob presented a solution using string lights!  I never imagined string lights in my backyard would be so ‘cool’, but after the sun went down, and the lights went on – I was delighted!  –  A.P., Scottsdale, Arizona

The water wasn’t draining from my  back yard to the front, so I called Tool Time Handyman Services to see if they could provide a solution – I had very little expectations, but didn’t know who to call.  He came to our home,  and assessed our problem.  His solution included having our yard graded, as well as cutting concrete to provide a drainage pathway through to the front yard.  He was able to solve our problems! – J.D., Phoenix, Arizona

I have a ‘to-do’ list a mile long.  I called Tool Time and Bob came out to talk about all my little projects.  One at a time, from fixing my leaking toilets to installing some ceiling fans, Bob did it all!  He is now on my ‘short list’ and is coming out again after the holidays to mark a few more off.  So talented! – I.S., Paradise Valley

I bought a 55 inch TV, and after I purchased the TV mount realized that I was in over my head.  The TV sat in the box for over two months and I didn’t know who to call.  Lucky for me, I saw Tool Time Handyman in my neighborhood, and decided to give them a call.  WOW!  Bob used my existing TV mount, and built a wall in my niche to mount the TV to.  I could have NEVER done that!  Thank you Bob – my family is impressed with your work and are happily enjoying the TV we thought we never would see! – V.A., Glendale, Arizona 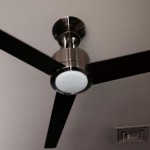 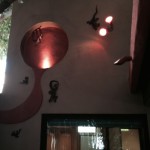 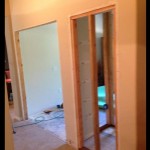 Professional Contractor and Handyman for over 30 years. Residential & Commercial services.